Used Audi for Sale in Toronto, ON

Are you currently shopping for a used Audi in the Greater Toronto Area? You've come to the right place to find your ideal pre-owned luxury vehicle. Take a peek at our regularly updated online vehicle inventory to begin shopping for your next Audi A6, Q5, Q7, S3, or S5 model. If you spot an Audi that you'd like to get a closer look at, contact our sales department, and one of our representatives will be glad to assist you. Over the years we've helped numerous drivers from Brampton, Mississauga, North York, Scarborough, and Toronto, to purchase the used Audi of their dreams.

Did you know that every used Audi we have in our Toronto showroom has passed a detailed inspection? It's our mission is to provide our customers with the highest quality used Audi cars, crossovers, and SUVs available in the market. Regardless of which pre-owned vehicle that you purchase, you'll be able to drive with confidence for years to come knowing that your used luxury car is mechanically sound.

Ask the Seller for a CARFAX Canada Report

What is a CARFAX Canada report?

What does CARFAX Canada tell you?

Why ask for a CARFAX Canada report?

By clicking “Send Email to Seller”, you agree to our terms of use and privacy policy. Your message will be emailed to the poster and not made public.

If you're shopping for a used SUV, the Audi Q5 is certainly worth considering. This compact, two-row luxury utility vehicle arrived on the seen in 2009 and continued in its original form through 2017. Regular updates kept the Q5 fresh, but in 2018 a new model was released. We'll look at the first-generation Audi Q5 and why it just may be the best value for a used vehicle in its segment.

When the 2009 Q5 splashed on the scene, Audi sent notice that it had arrived to serve the segment. Its timing was perfect as consumers were shifting their purchase decisions aways from sedans and coupes such as the A4 and A5 to SUVs. Thus, Audi found a way to serve a broader audience. Here are the model year highlights and changes for the Audi Q5 across its nine-year, first-generation run.

2009: Based on the same architecture supporting the Audi A4, the Q5 measures three inches shorter, three inches wider and offers a taller ground clearance than the A4. Standard all-wheel drive, a 3.2-litre V6 engine, a six-speed automatic transmission, alloy wheels, heated side mirrors, power-controlled front seats, three-zone climate control and a 10-speaker audio system highlight this SUV's many features.

2010: Light changes accompany the Q5 for its second year, including a new Luxury Package for the base trim. 2011: Several changes accompany the 2011 model, including an all new base engine: a 2.0-litre turbocharged inline four. Along with the V6 engine, the Audi Q5 now has an eight-speed automatic transmission. Other changes include a now standard S Line trim with the V6 engine.

2013: One of the more significant overhauls for the first-generation Audi Q5 took place in 2013. That year Audi replaced the previous turbo V6 with a supercharged 3.0-litre rV6. Also, this model gained a hybrid variant and received updates to its front and rear fascia. New climate and MMI controls completed the changes for the year.

2017: For the first-generation model's final year, adaptive cruise control comes to the top-end trim. The remaining changes are mostly minor.

Now that you've had the chance to get familiar with all of our great Audi models, you're ready to visit our finance center and finalize the buying process. We work with a wide network of lenders throughout Ontario and can secure you a competitive interest rate used car loan with ease. Visit our Toronto, Ontario Audi dealership today, and there is a good chance that you'll be driving off the lot in a different car than the one you arrived in. 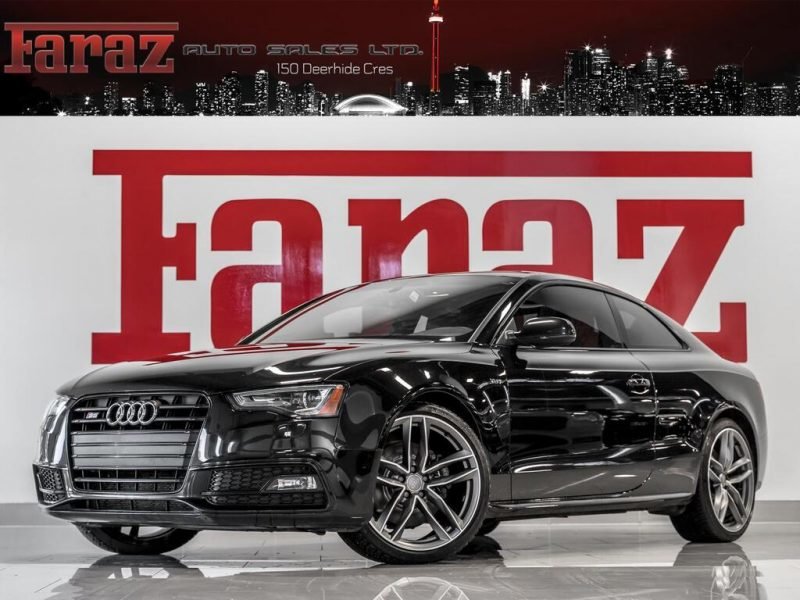